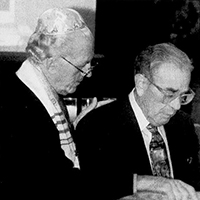 In preparation for this Sunday’s Holocaust Remembrance Day service, we offer the third story from the Register-Herald that deals with the dedication of the Lewin Family Bell Tower at The College of West Virginia, which was later known as Mountain State University.  The campus is now the home of West Virginia University Institute of Technology.

Appearing the day following the dedication on October 21, 1996, Annette Z. Fox gives us a glimpse into that ceremony.

“They were innocent victims of monsters we cannot call human.” RABBI ISADORE WEIN

The Lewin Family Bell Tower was dedicated Sunday at The College of West Virginia in remembrance of the family of Beckley resident Max Lewin and the 6 million Jews who died in the Holocaust.

With the afternoon ceremony moved into the college’s Student Life Center because of inclement weather, Charles Polk, president of the college, described Lewin as a sensitive, caring and giving man who is “forever a part of our college family.”

Shortly after his arrival in Beckley in 1946, Lewin studied English at the school when it was known as Beckley College. In 1995, he was named CWV’s Donor of the Year.

Rabbi Isadore Wein of Temple Beth El in Beckley conducted the invocation and paid tribute to Lewin as about 170 persons sat in reverence during the moving, hour-long ceremony. Wein talked about Lewin’s experiences during the Holocaust and noted that government officials at the time made choices that legalized discrimination and condoned murder.

Asking why one man -Adolph Hitler – had the right to kill so many without reason, Wein said we must strive to protect democratic rights.

“The least we can do today is to honor them (the victims) and remember them.” said Wein, a long-time friend of Lewin. “They were innocent victims of monsters we cannot call human.”

Wein said the memorial is also a memorial to Lewin’s brother. Harry, who died several years ago. The brothers reunited in Beckley after World War II.

Lewin thanked college officials for helping with the memorial and then gave a summary of his experiences during the Holocaust, although he said many of his memories are still too emotional to talk about.

Lewin recalled how the Germans had invaded his native Poland in 1939. They soon rounded up Jewish families – including the Lewins – from small towns around the countryside and moved them into sections of nearby cities called ghettos, he said.

Moved from one place to another while his parents, wife and siblings perished, Lewin said, “I cannot ever forget the horror of the concentration camps.”

Lewin, his family and the other Jews soon lost their identity and became mere numbers to the German soldiers.

“The Nazis’ intent was to destroy all the Jews in the world,” he said.

It was not until the sight of American Red Cross nurses in 1945 that Lewin knew he had finally reached freedom. In 1946, Lewin came to the United States and began his life in Beckley, where he has been in the home remodeling business and operating Harry’s Men Shop in downtown Beckley. 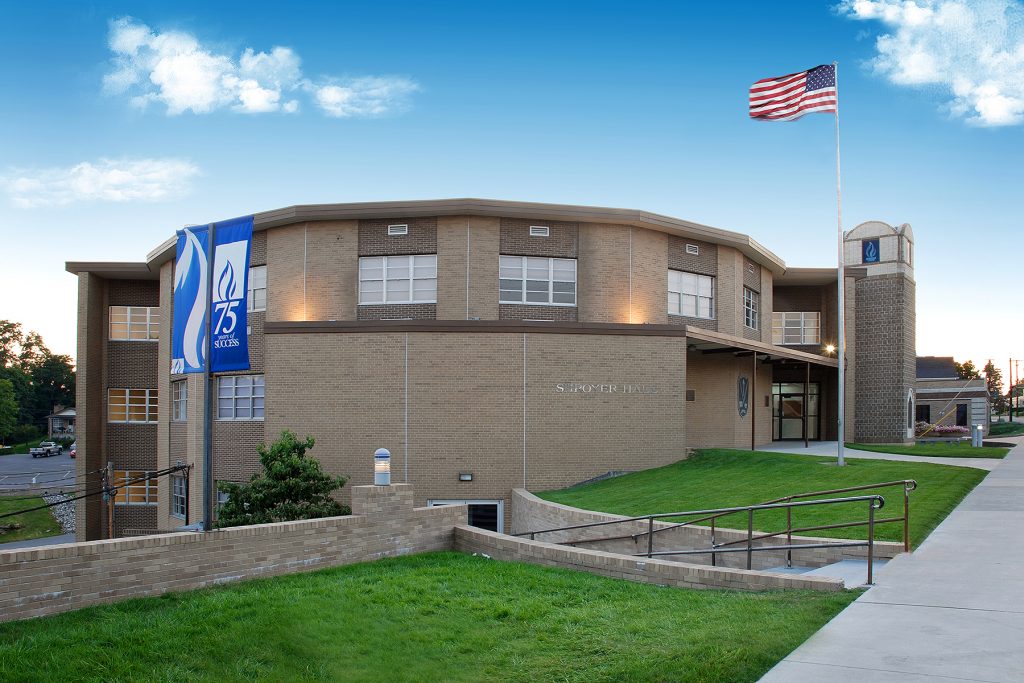 The Lewin Family Bell Tower is along South Kanawha Street and adjacent to Shroyer Hall.

The Annual Beckley Holocaust Remembrance Day will be held on Sunday, April 15, 2018 at Carter Hall on the Campus of WVU Tech.  Join us at 1:00 PM for this moving service.