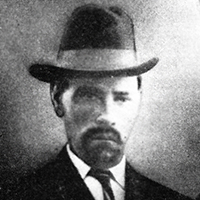 As a reminder of those who suffered and perished during the holocaust, Max Lewin dedicated the Lewin Family Bell Tower on October 26, 1996.  Five days after the dedication, Register-Herald editor, Dan Page, described the ceremony.  This is our fourth installment of the coverage of the Bell Tower dedication.  We also include a video segment recorded on October 30, 1996 where CWV/MSU administrator Jim Silosky discusses the dedication event.

Sunday afternoon unfolded like a cold, wet blanket. Officials at The College of West Virginia had scheduled the dedication of the Lewin Family Bell Tower along South Kanawha Street, and the weather wasn’t cooperating.

Quickly, college officials moved the ceremony into the Student Life Center at CWV. Max Lewin, a Holocaust survivor who arrived in Beckley in 1946, supported construction of the bell tower. I have gotten to know Mr. Lewin during the past two years. He truly is a kind, gentle and remarkable man. Sunday was his day at The College of West Virginia.

During my 25 years in the newspaper business, I have had occasion to attend many important events and hear from learned people. But that service — the dedication of a bell tower memorial to the Lewin family and the 6 million Jews who perished in the Holocaust — was the most powerful, moving experience I have ever attended.

He struggled at times Sunday as he addressed the 170 people who had gathered for the occasion. For decades, he has carried his memories of the Holocaust — the deaths of his parents, his siblings, his wife and others. None of us can know his pain.

Rabbi Isadore Wein was masterful in conducting the ceremony. His soft, reassuring words comforted Lewin and those of us who joined him on that dreary day. The event lasted only one hour, but so much happened.

Ruthann Arnstein sang a solo acapella. It was grand. Dr. Norman L. Siegel, a local physician, spoke passionately about the suffering that Jews have experienced over the past several centuries and the roles that governments, churches and schools have played in that persecution. His 8-year-old daughter, Chelsea, read a poem by Nelly Sachs.

Yes, that afternoon had much to do with unspeakable evil and the unimaginable human suffering that resulted. But it also had to do with the triumph of human spirit and its durability.

We in Beckley are fortunate to have such a spirit among us in the person of Max Lewin. He has given us a visible reminder — a college bell tower — that will keep us mindful of the ever-present threat of evil.

Join Temple Beth El and the Beckley Community this Sunday as we pay tribute to the victims of the Holocaust.  The 27th Annual Holocaust Remembrance Day will be held at WVU Tech’s Carter Hall at 1 PM on April 15, 2018.  Please join us.